I first became interested in NLP and Hypnosis in the early 1990s through a desire to improve sporting performance and used the techniques I learned to improve my skills as a smallbore target rifle shooter. This led to inclusion twice in  the Jersey Team at the National Smallbore Rifle Association Annual Championships at Bisley.

I later returned to the study and practice of NLP some years later, after having had two daughters, to improve my skills in quite a different area - that of horsemanship when I began to share my passion for riding with my children. I became a Riding For The Disabled Assistant in 1996 and continued work with the organisation in a voluntary capacity until 2003 and worked with them once again in more recent years from 2014-2016, learning many skills in equine facilitated activities and therapy.

Following some challenging episodes in my personal life, I studied Reiki to enhance my own well being and that of friends, family and animals and progressed to becoming a Usui Reiki Master in June 2006.

Working on commissioned oil paintings, concentrating on portraiture, dominated my working life until 2013 when my interest in Holistic Therapies was rekindled - once again as a result of some challenging episodes in the lives and health of my family.

My interests and areas of study and practice extended to include Mindfulness techniques and the use of art and equine assisted activities.

I studied Hypnotherapy and NLP with the Anglo European College of Hypnotherapy 2014-2015 . I most recently studied with The Unity Principle and have attended a course in Advanced Hypnotherapy in 2017. 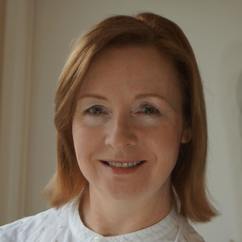